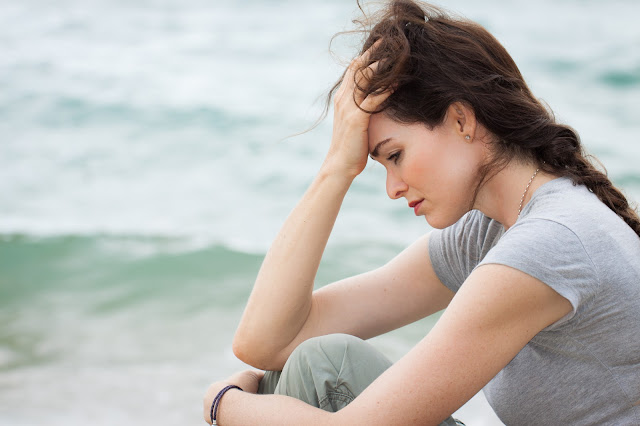 Concern or worry, which is which?
Sometimes it’s hard to tell.
To shun responsibility
may spawn a living hell.
But care that leads us to despair,
till friends become distressed,
is never noble or divine;
of God cannot be blessed.

Behind a flippant attitude
so often there is grief;
the victim may be out of sight,
but pained beyond belief.
The world may laud the guilty one,
who seems so light of heart,
yet under burdens really his,
another one must smart.

Just take the drunkard—he has friends
(and what a time they have),
while one whom he has pledged to love
is a veritable slave.
The less he cares, the more she must,
for children and their needs;
while he steps out for merriment,
her heart in silence bleeds.

But let us take a look, my friend,
at others close around,
professing that they know the Lord,
yet are not free, but bound.
They lie awake at night and fret
o’er troubles sad and deep,
then spend their days complaining
that at night they cannot sleep.

We would not minimize their grief;
life deals some awful blows;
so often people suffer more
than anybody knows.
And we should seek, the Bible says,
Christ’s law to thus fulfill,
and bear another’s burden
who is struggling up some hill.

But in the self-same scripture
of Galatians, chapter six,
(and now I pray, dear friend of mine,
this message really sticks),
a following verse—it’s number five;
OUR burdens we must face;
we dare not shun or fail to lift
and carry them with grace.

Yes, “Every man shall bear his own,”
whate’er that burden be,
without resentment or complaint;
now notice, please, verse three:
If anyone some merit claim,
thinks highly of himself,
when he is nothing but deceived,
he’ll soon be on the shelf.

The Lord’s supply of mercy and
of grace, as well, is long.
But these are not for coddling us;
they’re given to make us strong.
“Let every man prove his own work,”
true honors to receive;
awards in heaven will not be given
for deeds of make-believe.

A burdened heart, which seeks in prayer
to bring men to the cross,
is different than the selfish heart
that weeps o’er earthly loss.
Concern or worry? You will prove,
if you believe God’s Word;
your attitude shows the degree
to which you trust the Lord.