The Apex of History 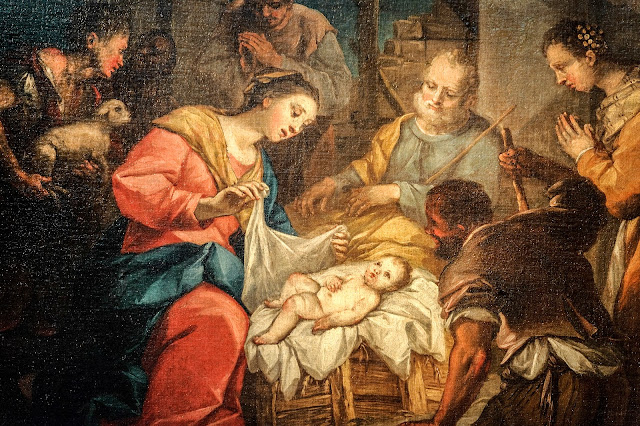 Originally posted October 23, 2017 on this blog

The shepherds in the fields by night,
the wise men far away,
the angel throng, the guiding star,
the Child on bed of hay—
these all combine and give to us
a story with intrigue,
which centuries cannot erase,
though fought by Satan’s league.

It seems so strange that wheels stand still
in factories everywhere;
and stores are quiet on this day
while clerks stay home to share
with loved ones, or go out with friends,
to “celebrate” they say,
a birth—two thousand years ago—
a Babe—born far away.

Of course, some folks don’t realize
just what it’s all about;
and some who know are not concerned;
their minds are filled with doubt.
But of all statesmen in the world,
or notables, not one
has caused a stir so great, so long,
as that Jewish maiden’s Son!

While on this earth, where Jesus went,
He chose a lowly place,
until the time had come to show
the world His power and grace.
And then at last, He yielded to
the passion of the crowd—
was crucified for sinful men;
He was the Son of God!

He did not die like other men,
but shouted at the last,
in triumph, “It is finished!”
as the soldiers stood aghast.
He rose again and lives today,
in hearts that let Him in—
the mighty Victor over death;
the only Cure for sin!